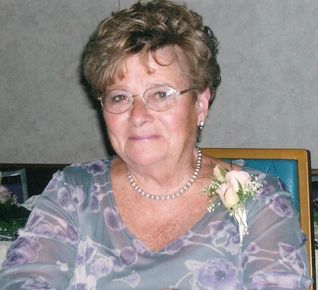 Brunswick- Alma C. (Carl) Ross, 88, a longtime resident of Brunswick, died peacefully, Tuesday, December 4, 2018, at her residence with her loving family by her side following a long illness.

Born in Troy, November 22, 1930, Alma was the daughter of the late Edward and Josephine (Yetto) Carl and for over 25 years the devoted wife of the late John J. Ross, who predeceased her in 1981.

Alma was educated in Troy City Schools and a graduate of Troy High School, “Class of 1948.”

For several years she worked as a secretary at the former Behr-Manning Mfg. Co. in Watervliet, before working for over 10 years as a secretary at the Brittonkill Central School District’s Tamarac Middle School.  After leaving the work force to raise her own family as a “stay at home mom”  Alma was self- employed as a home health aide and as later as a nanny for several area families who came to love her as much as she loved them.

Alma was a devoted communicant of Sacred Heart Church in Troy offering prayers and Novenas for family and freinds and a member of both the “Tamarac Twirlers” square dance club and the Brunswick area Ladies Home Bureau.  In her quiet time she enjoyed growing flowers and raising her own vegetable which she would can after harvest in the fall and was a wonderful cook.

Above all else, Alma loved her family and her friends. She enjoyed spending time with each of them and staying active in their lives, especially the grandchildren and great grandchildren whom she avidly adored.

Alma’s survivors include her children, Cheryl and John O’Brien, Kathleen O’Brien, and Mark J. and Darlene M. Ross, all of Brunswick, John P. and Cheryl Ross of Waterford, and David J. and Rebecca Ross of Coeyman’s Hollow, a sister and two brothers, Patricia Danaher of Averill Park, Paul Carl of Pine Hills, FL, and Dennis Carl of Wynantskill, twelve grandchildren, fifteen great-grandchildren, and several nieces and nephews. In addition to her late husband and parents, she was predeceased by three brothers, the late Edward Carl, Raymond Carl, and Joseph Carl and a son-in-law, the late Richard O’Brien.

A Mass of Christian Resurrection for Alma will be celebrated by Fr. Janis, on Saturday, December 8, at 11:30 a.m. at Sacred Heart Church, 310 Spring Avenue Extension, in Troy.  Burial will follow in the Ross Family Cemetery located in Brunswick.  Relatives and friends are invited to call at the Howard B. Tate & Son Funeral Home Inc., 2237 New York Route 7, located in Raymertown on Friday, December 7th from 5:00-7:00 p.m. and at the church on Saturday from 10:00-11:15 a.m. prior to the Mass.

Memorial contributions may be made to Community Hospice, 315 S. Manning Blvd., Albany, NY 12208, in memory of Alma C. Ross.

​The Ross family would like to extend a warm and heart felt “Thank You” to the many caregivers and companions who shared their love and compassion with Alma and their family during her recent illness.
Proudly powered by Weebly