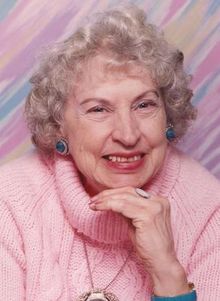 Born in Brunswick, July 15, 1925, Mrs. Hewitt was the daughter of the late H. Nelson and Alice Viola (Wilson) Littlefield and for 64 years the wife of the late Dennison “Denny” A. Hewitt who predeceased her in October 2011.

As a young woman she worked as a seamstress for the former Cluett, Peabody and Company in Troy. More recently she has been a homemaker caring for her husband family and beautiful flower gardens.

In her quiet time Mrs. Hewitt enjoyed putting together one-thousand piece picture puzzles. She was also an avid reader.

Mrs. Hewitt is survived by a daughter and son-in-law, Denna and Brooks Brand of Laurens, NY, a son and daughter-in-law, Nelson and Ginger Hewitt of Brunswick, two grandchildren, Matthew Hewitt (Tara Francis) of Guilderland and Aaron (Jamie) Hewitt of Colonie, five great-grandchildren, Alex Francis, Ashleigh Francis, Ryder Hewitt, Mikayla Hewitt and Brayden Hewitt and several nieces, nephews and cousins. In addition to her parents and husband, Beulah was predeceased by two brothers and a sister, the late Millard Littlefield, Ralph Littlefield and Winifred  Bulson as well as a grandson, Christopher Brand.

A funeral service will be held on Monday, October 2, 2017 at 2:00 P.M. at the Howard B. Tate & Son Funeral Home Inc., 2237 New York Route 7, located in Raymertown with Rev. Gaylord Campbell officiating. Burial will follow in the Eagle Mills Cemetery. Relatives and friends are invited to call at the funeral home on Monday from noon until 2:00 P.M. prior to the funeral service.
​
Memorial contributions if desired may be made to the Residents Activities Fund, c/o Van Rensselaer Manor Nursing Home, 85 Bloomingrove Drive, Troy, NY 12180 in memory of Beulah J. Hewitt.
Proudly powered by Weebly