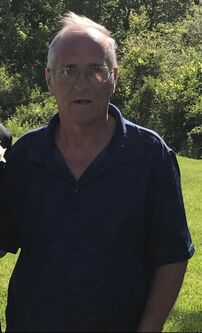 Born in Pittstown, January 8, 1951, Charles was the son of the late Ralph and Catherine (Goman) Stevens and, for many years, the husband of the late Barbara (Anders) Stevens, who predeceased him in 2009.

Charlie worked at Bendix Manufacturing Company in Green Island.  After 30 years of service in every department of the manufacturing process, he retired in 2001.

Charlie was a Life Member of the Green Island Rod and Gun Club and an avid outdoorsman, who enjoyed hunting and fishing.  In his quiet time he enjoyed rides on his Can-Am, and trips with family to Old Orchard Beach, Maine.

Charlie is survived by his daughter, Christine E. Maxon and Keith Stilson of Johnsonville, and his son, Brian Stevens and Lisa Whitney of Pittstown, six brothers and sisters, Ralph and Lori Stevens, Gilbert Stevens, Arlene and Loren Hull, Maureen and Austin Subcliff, Rebecca Hooker and Marty Yager, two grandsons, Dale Maxon and Justin Maxon, and many nieces, nephews, and cousins.  In addition to his parents and late wife, he was predeceased by four brothers and a sister, the late Gerald Stevens, Donald Stevens, George Stevens, Joan Slater, and Christopher Stevens.

A funeral service for Mr. Stevens will be held on Wednesday, September 1, 2021, at 7:00 p.m. at the Howard B. Tate & Son Funeral Home Inc., 2237 NY Route 7, located in Raymertown. Burial will be private at the convenience of the family.  Relatives and friends are invited to call at the funeral home on Wednesday, from 4:00-7:00 p.m. prior to the service.  Face masks, social distancing, and occupancy levels following the current NYS Health Department recommendations will be followed.

Memorial contributions, if desired, may be made to the Green Island Rod and Gun Club, 872 Melrose-Valley Falls Road, Schaghticoke, NY 12154, in memory of Charles H. Stevens.
Proudly powered by Weebly