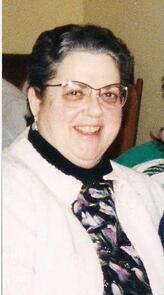 Born in Troy, March 30, 1935, Connie was the daughter of the late Frederick and Helen (Newcomb) Pollock and the youngest sister of the late F. Robert Pollock, Mildred Lang, Ruth Maguire, Edith Gajeway, Mark O. Pollock and Marion Patton, all of whom predeceased her.

Ms. Pollock attended the local district school and often would reminisce of walking through the corn and hay fields with the other children to arrive at school on time. She later attended and was a graduate of Troy High School. Connie’s education became her passion. She earned a degree in Vocal Music at the Troy Conservatory of Music, a Bachelor of Science in Business Teacher Training at Russell Sage College in Troy, a Master of Arts in Communication in Education at NYU in New York City and attended many Post-Graduate Courses in Media at the University of Massachusetts and SUNY-Albany.

She put her education to use by working as an Instructor, a Consultant and a Business Teacher at several firms and schools including The Art Metal Construction Co., in Jamestown, the Jamestown Business College, the Endicott Johnson Corp., in Johnson City, the Broome County Community College, the Albany Business College, the Katherine Gibbs School in NYC, as the Acting Director of Instructional Media at Westfield State College in Massachusetts and most recently as an Educational Communications Specialist at the Schenectady C.C.C. Library Resources Center.

Connie was a member of the Women’s Press Club of New York Inc., the SUNY Library Association, the SUNY Educational Technology Officers Assn., the Media Personnel Assn. of the Hudson-Mohawk Assn. of Colleges and Universities (serving as president and vice president for two terms in each position), and the American Women in Radio and Television, Capital District Chapter of which she was extremely proud to have served as President from 1979-1980.

She was a wonderful cook and liked working in her gardens. She harvested and canned the vegetables she grew there, (especially the tomatoes for chili sauce) and shared the bounty with her family and friends. She enjoyed taking several trips with close friends to view the annual flower shows in Rochester, Boston and Philadelphia. Growing up as the youngest child on the family farm, she felt a responsibility to be attentive to her parents in their aged years, loved the comradery of her siblings and their families and understood the respect and love of husbandry for of all the animals and pets on the farm.

​Memorial contributions if desired may be made to either the Eagle Mills Volunteer Fire Company, 627 Brunswick Road, Troy, NY 12180 or to the Mohawk Hudson Humane Society, 3 Oakland Avenue, Menands, NY 12204 in memory of Constance S. Pollock.
Proudly powered by Weebly