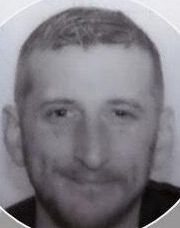 Born in Niskayuna, October 20, 1979, Dan is the son of the late Vickie C. (Rogers) Patton and Daniel F. and Karen (Gypson) Patton of Eagle Mills, who survive.

For over 17 years Dan was employed as an installation technician by the former Time Warner Cable Company (now known as Spectrum) in Albany, where he put his love of computers and electronics to work. He later worked as an independent internet technology contractor for several area firms, establishing web sites, computer networks, and 5G systems.  Most recently, he was employed as a warehouse associate at the newly created Amazon Fulfillment Center in Schodack.

Dan had a wonderfully creative, artistic eye and used his computer skills to transform photographs taken with his camera or phone into beautiful artwork to share with family and friends.  He loved to spend time outdoors, hiking and enjoying nature.  In addition to Dan’s quiet side, he also had a sense of adventure that led him to occasionally push the envelope, including a one-time skydiving trip.

Memorial contributions, if desired, may be made to the Mohawk Hudson Humane Society, 3 Oakland Avenue, Menands, NY 12204, in memory of Daniel R. Patton.
Proudly powered by Weebly