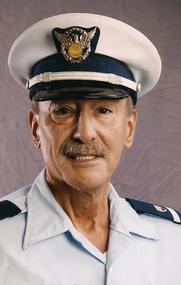 Born in Cohoes, October 4, 1953, David was the son of the late Charles W. Belanger and Margaret M. (LaVallee) Belanger of Troy and husband for over 40 years of Diane E. (Pollock) Belanger of Eagle Mills. David and Diane were married October 1, 1977.

Mr. Belanger was a graduate of Tamarac High School, Class of 1973. He earned a diploma in Nursing at the Samaritan Hospital School of Nursing, a Bachelor and Masters Degree at Russell Sage College in Troy and most recently a Doctorate Degree from Suffield University.

In the early 1980’s David was employed as a Registered Nurse by the Rensselaer County Unified Family Services and most recently was self employed as a Family Nurse Practitioner, owning and operating Eye On Health, a holistic private medical practice, healing health issues of the whole body, mind and spirit of clients in his Delmar and Brunswick offices.

He was a communicant of Our Lady of Victory Church, a member of the B.P.O.E. Brunswick Lodge #2556, served as a captain in the NY Army National Guard and commander in the U.S. Coast Guard Auxiliary. He enjoyed his children and grandchildren, trips to the ocean and continuing to learn over his life, earning certificates as an Evangelical Minister, a Master of Reiki and in the arts of hypnosis.

Survivors in addition to his wife and mother include four daughters, Erin & Brian Freeh, Erica Belanger & Jay Jones, and Renee Belanger, all of Brunswick and Andrea & Chris Denio of Glenmont, his sister and brother-in-law, Cindy & James Eastwood of Brunswick, paternal aunts and uncles, Greta & Charles Bertrand of Ballston Spa and Sally & John Farrah of Albany, six grandchildren, James & Catherine Freeh, Augustin & Gaius Jones and Claira & Aliza Denio, one brother and three sisters-in-law and their spouses and several nieces and nephews. In addition to his father, he was predeceased by a brother, the late Craig W. Belanger.

Relatives and friends are invited to call at the Howard B. Tate & Son Funeral Home Inc. 2237 New York Route 7, located in Raymertown, on Thursday, April 12, 2018 from 4-7:00 P.M. Funeral services will be held on Friday at 9:00 AM at the funeral home and at 10:00 AM at Our Lady of Victory Church in Sycaway, where a Mass of Christian Resurrection will be celebrated by Fr. Randall Patterson, Pastor. Burial will follow in Eagle Mills Cemetery in Brunswick.

​Contributions, if desired, in memory of David Charles Belanger may be made to the Eagle Mills Volunteer Fire Company, 627 Brunswick Road, Troy, NY 12180
Proudly powered by Weebly