Brunswick-Donald D. Spain, 73, a lifelong resident of Pittstown and Brunswick, died peacefully Friday, March 13, 2020, at Samaritan Hospital in Troy with his family by his side following a short illness.

Born in Albany, November 11, 1946, Mr. Spain was the husband of Charlotte (Weeden) Spain of Brunswick at one time the husband of Joanne Blostein of Ballston Lake, both whom survive.

Don was educated in the Troy and Cohoes city School Districts.

As a young man he showed a terrific aptitude for detailed mechanical drafting and pattern work . He parlayed that skill into a career as a Tool and Die Maker, working for several area businesses including most recently for over 11 years at the International Playtex Manufacturing Company in Watervliet.  At the time of his retirement he was most proud to have earned the rare title of Journeyman Tool and Diemaker, signifying more than 22,000 hours of time spent working in the manufacturing field to hone the craft and promote the trade of tool and die making.

Don was an avid fisherman, who’s favorite spot to “wet a line” was at Saratoga Lake. He was a member of the Albany Area Bass Masters Club and a former member of Pittstown Volunteer Fire Company.

In addition to his wife, Charlotte,  he is survived by his children, Trisha Spain of Georgia, Christine Sicko of Pennsylvania, Mark Spain of East Greenbush and Stephanie Reiser of Pittstown, five grandchildren, a sister-in-law, Loren Kraft and a brother-in-law, Rupert Smith.

In an effort to respect the health and safety of both family members and friends at the present time, a visitation and memorial service for Don will be held at a future date and time to be announced by Don’s family.

Memorial contributions if desired may be made to either the Pittstown Volunteer Fire Company, 134 Parker School Road, Johnsonville, NY 12094 or to the New York State Bass Chapter Federation, c/o the Albany Area Bass Masters Club. 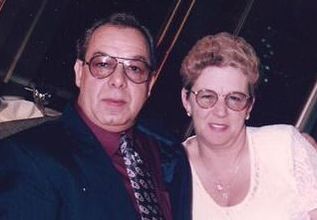