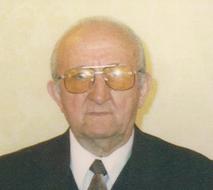 Born April 9, 1929 at Snyder’s Corners in Poestenkill, Mr. Vandenburgh was the son of the late Emerson and Ruth (Decker) Vandenburgh and for over 28 years the husband of Susan (Yaiser) Vandenburgh of Johnsonville who survives. Don and Susan were married on June 20, 1985.

Mr. Vandenburgh was a graduate of Lansingburgh High School and as a young man was employed from 1943 until 1950 as a butcher by the former Connally Brothers Company in Troy.

On November 21, 1950, Don was drafted into the United States Army and served as part of the U.S. occupying forces of the First Army Armor Division in Europe. After serving for over a year and a half in Germany and earning the rank of Staff Sergeant he returned to the U.S. and was honorably discharged on November 13, 1952.

For over 35 years he was employed as a mechanic by the City of Troy Police Department and was the owner and operator of the former Vandon Automotive Repair Company in Lansingburgh for over 20 years.

Private visitation, funeral service and burial with military honors at the Gerald B.H. Solomon Saratoga National Veterans Cemetery in Schuylerville will be held at the convenience of the family.

At the request of the family memorial contributions, if desired, may be made to either the American Cancer Society, 1 Penny Lane, Suite 1, Latham, NY 12110 or to the Johnsonville Ambulance Squad, Johnsonville, NY 12094 in memory of Donald G. Vandenburgh. Funeral service details are under the direction of the Howard B. Tate & Son Funeral Home Inc., 2237 New York Route 7, located in Raymertown.
Proudly powered by Weebly