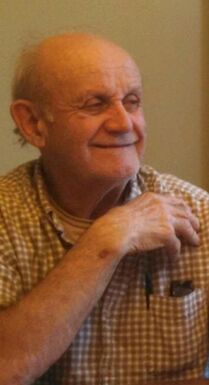 Born April 27, 1938, in the hamlet of Haynersville (Town of Brunswick), he was the son of the late William J. and Clara M. (Humphrey) Krogh and, for over 40 years, the husband of Carol A. (Hansen) Krogh of Poestenkill, who survives.

Earl was a graduate of Lansingburgh High School.

An excellent carpenter, Earl was employed in the construction trade for many years working for several area businesses. More recently he had been employed as a maintenance worker, in what he called “his most fulfilling position” by the Tri-City Rental Company in Brunswick. His responsibilities included maintaining and repairing apartments and the facilities and over time he became friends with both the owners and many employees he enjoyed working with over the years. He retired in 2012.

In his quiet time, of which there was very little because he liked to work, Earl enjoyed puttering in his basement woodshop, watching NASCAR races, rooting for the Red Sox, and exploring the New England coastline with Carol on their many trips there.

Mr. Krogh is survived by a daughter, Barbara Goodell of Brunswick, and a son, Wilbur J. Salvi Jr. of New Lebanon, a brother and sister-in-law, Elmer and Kathleen Krogh of Scotia, two grandchildren, Joseph Earl Baker and Joshua E. Salvi, and several nieces, nephews, and cousins.  In addition to his parents, he was predeceased by a son, the late William Krogh, a brother, Harold P. “Joe” Krogh, and a sister, Irene Potter.

​Memorial contributions at the request of the family rather than flowers may be made to the Northeastern New York Chapter -Alzheimers Association, 4 Pine West Plaza, Suite 405, Albany, NY 12205, in memory of Earl W. Krogh.
Proudly powered by Weebly