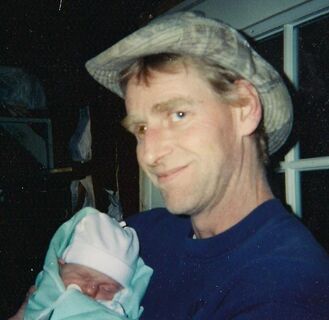 Valley Falls- Erik W. Reiser Sr., 60, a lifelong resident of the town of Pittstown, died peacefully Saturday evening, May 2, 2020, at his residence with his loving family by his side.

Mr. Reiser was a graduate of Hoosic Valley High School.
As a young man, he worked in the construction trades as an independent contractor for several years.  More recently he owned and operated his own contracting business, ACA Drywall, working closely with PIRRI Builders for many years.

Erik was a member of the North Troy Rod and Gun Club and an avid outdoors man.  He enjoyed both hunting and fishing and encouraged everyone he knew to “get out and give it a try.”  He was also a “legendary marksman” having it said that, “He shot a coyote on a dead run from 150 yards on a moonless night, despite being nearly blind in one eye.”

In addition to his wife and mother, Mr. Reiser is survived by his two sons, Erik “Dewey” Reiser II and Walter Reiser, both of Valley Falls, his brothers and sisters, Harold Reiser III of Schuylerville, Sigrid Reiser (Jeff Hunt) of Waterford, Kim Reiser (Peter Dutchka) of Maine, Kurt and Theresa Reiser of Valley Falls, and Krista Reiser (Joseph Figliuolo) of Rhode Island, his mother-in-law, Charlotte Spain of Brunswick, two brothers-in-law, Shawn Hunt and Jebediah Hunt, and many nieces, nephews, cousins, and close friends.

Due to the current health distancing guidelines and out of an abundance of love and care for the health and safety of our friends, there will be no calling or service at this time.  A “Celebration of Erik’s Life,” however, is being planned for family and friends at his home at a date and time to be announced by Erik’s family.

Memorial contributions, as a way to say a very special thank you for the excellent care that Erik received, are requested to be made to Community Hospice, 310 South Lake Blvd., Albany, NY 12208, in memory of Erik W. Reiser Sr.