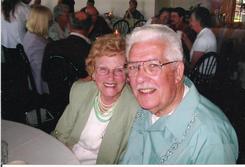 Pittstown- Francis A. “Frank” Ashley, 92, a longtime resident of Pittstown, died peacefully, Sunday, August 5, 2018 at his home following a long illness through which he has been surrounded by his loving family and dedicated caregivers that he affectionately called “Team Ashley”
Born in West Stockbridge, Massachusetts July 18, 1926, Frank was the son of the late Elizabeth J. (Pixley) (Ashley) Smith and Erwin L. Ashley. He was a devoted husband for over 70 years to his high school sweetheart Ruth A. (VanKampen) Ashley who predeceased him in December of 2017.
He was a graduate of Watervliet High School, “Class of 1943, and later in life graduated from Hudson Valley Community College.
He enlisted in the U.S. Navy to serve in WWII.  After completing Diesel Mechanic training, he served aboard the U.S.S. Dayton in the Pacific Theater and honorably discharged in May 1946.
He returned to Watervliet and worked at the American Locomotive Company in Schenectady. He completed the Machinist Apprentice program at the Watervliet Arsenal and after graduating continued working there for 33 years. He retired in 1988.
Frank enjoyed telling stories of jobs in his younger years at Gaffer’s Dairy in Latham and as a Sales Associate in the fashionable, original Barbizon Shop in Westgate Plaza.
His favorite story was his chance meeting and a famous photo with Bette Davis when he was a young Sailor.
Mr. Ashley was a former member and Elder of Christ Church in Watervliet before joining the Center Brunswick United Methodist Church where he was a Member of the Administrative Council served as Trustee Chairman and Pastor/Parish Relations Chairman.  With Ruth, Frank was very active in the Church’s fundraisers, and he will be fondly remembered for his delicious pies. He was a former Committeeman for Boy Scout Troup #537,
a member of the Masonic Lodge F. & A.M. No.75 in Troy and The Tamarac Twirlers. He enjoyed gardening, hunting, fishing and camping with his family. He and Ruth treasured the many trips they were able to take together with Frank photographing every detail. He was and avid carpenter and woodworker, and the home they built together lovingly reflects it.
Above all else Frank will be remembered as a “True Gentleman” and wonderful husband, father and grandfather whose devotion and care for his wife, and family will never be surpassed.
Frank, is survived by his children, Kathy A. and Randy Rumpf of Grafton, Debra A. and Wesley Lewis of Hoosick and Andrew A. and Holly Ashley of Clifton Park, 8 grandchildren, Jason (Melli) Rumpf, Jeffrey (Sarah) Rumpf, Jessica (John) Trimble, Jocelyn (Jeff) Rumpf, Wyatt (Shannon) Lewis, Evan (Ashley) Lewis, Forest Ashley and Levi Ashley, 4 great-grandchildren, Ayden, Riley, Eve and Maisie and several nieces and nephews.
A funeral service for Frank will be held on Thursday, August 9, 2018 at 11:00 A.M. at the Howard B. Tate & Son Funeral Home Inc., 2237 NY Route 7, located in Raymertown. Burial will follow at 1:30 P.M. at Gerald B.H. Solomon Saratoga National Veterans Cemetery. Relatives and friends are invited to call at the funeral home on Wednesday, August 8, 2018  from 4-7:00 P.M.
Memorial contributions if desired may be made to Community Hospice of Rensselaer County, 295 Valley View Blvd. Rensselaer, NY 12144 or to Center Brunswick United Methodist Church, 990 Hoosick Street, Troy, NY 12180 in memory of Francis A. Ashley. 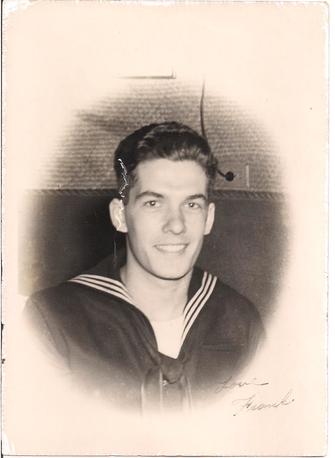