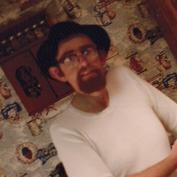 Born March 25, 1945 in Troy, George was the son of the late George R. and Beulah (Pratt) Jensen Sr. and for over 49 years the husband of Rita (Skrindzevskis) Jensen of Troy who survives. George and Rita were married on June 11, 1966.

George was a graduate of Hoosic Valley High School and earned an Associates Degree in Business from Hudson Valley Community College in Troy.

As a younger man, Mr. Jensen worked in the printing shop at RPI and was an adjunct math professor at Hudson Valley Community College in Troy. In 1994 he started GTR Computers, a computer sales and service company that he operated from his home until his recent illness.

George was an avid outdoorsman. He enjoyed boating the Hudson River and Lake Champlain with his wife and hunting and fishing. At one time he and his wife raised and trained Doberman Pinchers that together they would occasionally enter in area dog shows.

In addition to his wife, Mr. Jensen is survived by a daughter, Sarah Jensen of Brunswick and a son, George R. Jensen III and his fiancée, Kim Reynolds of Speigletown.

At Mr. Jensen’s request, a private service will be held at the Howard B. Tate & Son Funeral Home Inc., 2237 NY Route 7, located in Raymertown. Burial will take place in Elmwood Cemetery in Schaghticoke. There will be no public calling.

Memorial contributions, if desired, may be made to the charity of your choice in memory of George R. Jensen Jr.