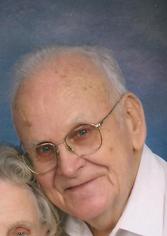 Brunswick – Gerald W. Flynn, 91, a long time resident of Brunswick died peacefully Sunday, December 28, 2014, at the home that he and his wife built for themselves and their family following a short illness.

Born June 27, 1923, in Brunswick, Mr. Flynn was the son of the late Francis and Emma (Wagar) Flynn and, for over 70 years, was the husband of Agnes Oakes Flynn of Brunswick, who survives.

As a young man, he worked as a machine operator for several area businesses and on October 1, 1942, enlisted in the Army Air Force and was a veteran of World War II.  While in the service, he was stationed in the European African and Middle Eastern Theater, where he served as an air crew member and airplane gunner.  After more than three years of service, earning three bronze stars and the air medal with four bronze clusters, he was honorably discharged with the rank of Staff Sergeant on October 20, 1945.

Upon returning home, he was employed at the Watervliet Arsenal as a machine operator and in October of 1983 retired with over 25 years of service.

Throughout his lifetime, Mr. Flynn enjoyed the outdoors, including hunting, fishing, and camping, visited 48 of the 50 states with his wife, enjoyed vacationing at his camp on Lake St. Catherine in Vermont, was the Chief Steward and Union President of the AFGE Union at the Watervliet Arsenal, a member and past commander of the former VFW Post 831 in Brunswick, and a member of the Modern Woodsman Club of America, Vermont Chapter.  Mr. Flynn had a great sense of humor and loved to share stories and jokes with his children, grandchildren, and great-grandchildren of whom he was very proud.

In addition to his wife, Mr. Flynn is survived by a son and daughter-in-law, Gerald W. and Judy Flynn of Brunswick, a sister, Frances Bolliger of Brunswick, a grandson, Michael Flynn (Sheila Hyde) of Brunswick, two granddaughters and their husbands, Shane and Michael Roberts of Woodbridge, VA, and Colleen and John Cameron III of Green Island, four great-grandchildren, Dillon Flynn, Braden Roberts, Aiden Cameron, and John Cameron IV, and many nieces and nephews.  A sister, the late Margaret Flynn, predeceased him.

A funeral service will be held on Wednesday, December 31, 2014, at 9:30 a.m. at the Howard B. Tate & Son Funeral Home Inc., 2237 NY Route 7, located in Raymertown, with Rev. Michael White, officiating.  Burial with military honors will follow at 12:00 p.m. at the Gerald B. H. Solomon Saratoga National Veterans’ Cemetery in Schuylerville.  Relatives and friends may call at the funeral home on Tuesday, December 30, from 3:00-7:00 p.m.

Memorial contributions, if desired, may be made to the Disabled American Veterans, PO Box 14301, Cincinnati, OH 45250-0301 or Disciples of Christ Church, Brunswick Road, Troy, NY 12180 in memory of Gerald W. Flynn.