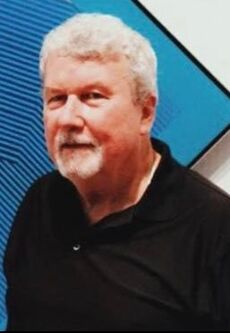 Jerry was a graduate of Catholic Central High School in Troy and earned a Bachelor’s Degree in Economics at Siena College in Loudonville.
On January 9, 1970, he enlisted in the United States Army and was stationed at Fort Lewis in Washington State, where he served as a Field Artillery Operator and Intelligence Officer.  At the time of his honorable discharge in November 1972 he had earned the rank of Private First Class and was classified as an expert marksman with both an M-16 rifle and .45 caliber side arm.

Jerry was employed as a personnel administrator at the NYS Office of Mental Health Services in Albany.  After more than 30 years of service, he retired in 2002.

Jerry was a communicant of Our Lady of Victory Church in Sycaway and the former St. George Catholic Church in Pittstown. He was a longtime fan of Siena Men’s Basketball and an avid golfer, enjoying the game on many links, especially the Frear Park course.

Jerry is survived by his daughter, Kelsey M. Sloan of Raymertown, a sister and brother-in-law, Catherine and Patrick Town of Troy, brothers and sisters in law, Gerald Rayno, Alan Rayno, Jeffrey Rayno, Kathleen Pincher, and Lillian Hill, and several nieces and nephews.

Relatives and friends are invited to attend a Mass of Christian Resurrection for Jerry to be celebrated on Wednesday, January 6, 2021, at 10:00 a.m. at Our Lady of Victory Church.  At his request there will be no public calling.  Burial with military honors will take place later this spring at the Gerald B. H. Solomon Saratoga National Veterans Cemetery in Schuylerville.  Facial masks and proper social distancing, following current NYS COVID-19 guidelines, will be observed during the mass and services.

​Memorial contributions, if desired, may be made to Our Lady of Victory, 55 North Lake Avenue, Troy, NY 12180, in memory of Gerald G. Sloane Jr.
Proudly powered by Weebly