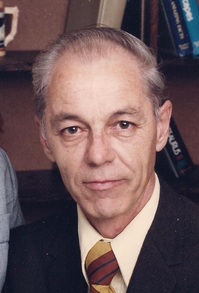 Poestenkill- James F. “Jim” Smith Jr., 81, a longtime resident of Poestenkill, passed away peacefully in the comfort of his home, Saturday, February 14, 2015, with Carol, his wife and best friend, by his side.

Jim was a graduate of Lansingburgh High School, Class of 1951, where he was a standout athlete and basketball player.

After graduation, he enlisted in the United States Navy in 1952.  During his 10 year enlistment he served aboard the battleship U.S.S. Missouri, earned the rank of SK1 – E6, and was the ship’s “Master of Stores”.  At the end of his naval career, he was stationed at Villanova University in Philadelphia as a Naval ROTC recruiter before being honorably discharged in 1962.


In 1965, he moved his growing family to East Poestenkill, where they could grow up with plenty of room in the country.  He was employed as a lathe operator and machinist at the Watervliet Arsenal and later worked as the head of purchasing for the former Montgomery Ward & Co. in Menands.  Most recently he worked at the U.S. Post Office in Albany, until retiring in 1983.   He also worked for many years as an independent income tax preparer and consultant.

At Jim’s request, private funeral services will be held at the convenience of the family at the Howard B. Tate & Son Funeral Home Inc., 2237 NY Route 7, located in Raymertown. Burial with military honors will be held at the Gerald B. H. Solomon Saratoga National Cemetery in Schuylerville.

The Smith family would like to extend a heartfelt thank you to the doctors, nurses, and volunteer staff at Community Hospice for their excellent care and support of both Jim and Carol, without whom,  Jim would not have been able to pass his last days in the comfort of his own home.

Memorial contributions, if desired, may be made to the Community Hospice of Rensselaer County, 295 Valley View Blvd., Rensselaer, New York 12144, in memory of James F. Smith Jr.