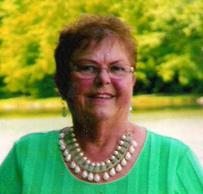 Troy- Jane M. (Rifenburg) Moon, 69, a longtime area resident and more recently of Salisbury, NC, died peacefully, Wednesday, December 17, 2014 at Samaritan Hospital, with her family by her side, following a long illness.


Born January 20, 1945 in Troy, Jane was the daughter of the late Kenneth and Mary “Jo” (Duane) Rifenburg and for over 51 years the wife of Robert Moon of Salisbury, NC who survives. Jane and Robert were married on June 29, 1963.

Jane was a graduate of Tamarac High School. After her marriage to Robert, establishing her home and raising her children, she worked for over 10 years as an office manager at Rifenburg Construction in Center Brunswick. More recently she assisted her husband and son as the office manager at Moon Construction in Cropseyville. After more than thirty years in the construction business, she retired in 2009 and relocated with her husband to North Carolina.

Jane was a happy and giving person and helped to establish the Petersburg Ambulance Service while living in the area. She loved to spend time with and talk about her grand and great-grandchildren of whom she was very proud. She was an avid QVC shopper, a member of the lawn mower club and enjoyed spending time in her flower gardens.


Relatives and friends are invited to call at the Howard B. Tate & Son Funeral Home Inc., 2237 NY Route 7, located in Raymertown on Saturday, December 20, 2014 from 1:00-4:00 P.M. Funeral and interment services will be held privately at the convenience of the family.

At Jane’s request, contributions in her memory, rather than flowers, may be made to the American Cancer Society, Capital District Chapter, 260 Osborne Road, Loudonville, NY 12110.
Proudly powered by Weebly