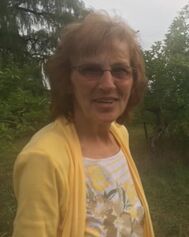 Cropseyville- Janice M. (Teal) Bulson, 75, a resident of Cropseyville for over 53 years, died peacefully Thursday, June 30, 2022 at her daughter’s town of Brunswick residence with her loving family by her side, following a short illness.

Born in Troy, April 2, 1947, Janice was the daughter of the late Edward and Estelle (Clancy) Teal and for over 56 years the beloved wife and best friend of Milton E. Bulson of Cropseyville who survives. Janice and Milton were married at Our Lady of Victory Church in Sycaway on May 28, 1965.

Among her favorite pastimes was caring for her husband, her family and her home. She was an incredible cook who performed magic in her kitchen, especially with her family favorites, lasagna, meatloaf and potato salad. To her grandchildren she was known as “Grandma Sunshine,” for all the love and affection that she showered on them at every opportunity.

In addition to her husband, Milton, she is survived by a daughter and son-in-law, Debbie and Dave Matthews of Brunswick, a son, Daniel Bulson of Cropseyville, two sisters, Kathleen (Teal) Ryan-Purcell of Sycaway and Mary Ellen (Teal) Stewart of Loudonville, five grandchildren, Christine Littlejohn of Brunswick, Amanda (Nick) Morgan of Colonie, Dylan Littlejohn of Brunswick, Daniel Bulson of Scarborough, ME and Adam (Shauna Sauer) Bulson of Raymertown, two great-grandchildren, Gavin Mossey and Lucas Bulson, and several brothers and sisters-in-law and nieces, nephews and cousins. In addition to her parents, she was predeceased by a brother, the late Stephen I. Teal.

Relatives and friends are invited to call at the Howard B. Tate & Son Funeral Home Inc., 2237 New York Route 7 located in Raymertown on Saturday, July 9, 2022 from 11:30 a.m. – 1:30 p.m. A funeral service for Mrs. Bulson will follow at 1:30 p.m. officiated by Fr. Nathaniel Resila. Burial will be private at the convenience of the family.

​Memorial contributions if desired may be made to the Grafton Ambulance, 2379 NY-2, Grafton, NY 12082 in memory of Janice M. (Teal) Bulson.