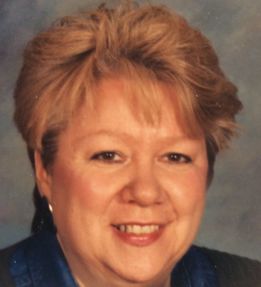 Born in Troy, June 17, 1952, Joan is the daughter of Rita (Holbritter) Campbell of Brunswick and the late Willis “Bill” Campbell. Joan was married to the late Albert E. Smith Jr. and previously to the late James R. Austin.

Joan was a graduate of Tamarac High School after which she attended Hudson Valley Community College.

Joan worked for several years at the former Boston Store at the Latham Circle Mall and subsequently was self-employed as a child care provider for many years. Over the past 25 years she was employed by the Eddy Heritage House Nursing and Rehabilitation Center in Troy as a unit secretary. In addition to her many duties as patient coordinator, she loved organizing birthday and special occasion gatherings for the residents and employees. She enjoyed her job and was loved there by all. Her biggest joy was spending time with her grandchildren.  Additionally, Joan was an active member of the Pittstown United Methodist Church.

In addition to her mother, Joan leaves her sons, Brian Austin of Pittstown, Stephen Austin and his wife, Jennifer, and their son, Logan, of Waterford, and her daughter, Jennifer Cardin, her husband, Greg, and their four children, Aidan, Wyatt, Makayla, and Brianna of Sand Lake. She is also survived by her three sisters, Lynne Adelman of  Los Angeles, CA,  Sheila Campbell and her husband, John Gebauer, of Boston, MA, Barbara Hansen of Raymertown and brother, Gordon Campbell, and his wife, Rosemary, of West Sand Lake, as well as several nieces and nephews.

A memorial service will be held on Sunday, April 22, 2018, at 2:30 P.M. at the Pittstown United Methodist Church, 57 Old State Route 7, in Pittstown with Rev. Jim Knapp officiating. A reception will immediately follow at the church hall. The church will open at 1:30 PM for guests to begin gathering for a time of reflection and to view a family tribute celebrating Joan’s life.
The internment will be private at a later date at Saratoga National Cemetery in Schuylerville.