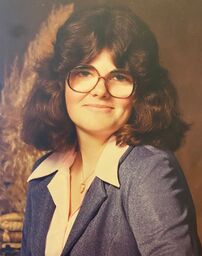 Born in Troy, September 21, 1965, Joanna was the daughter of the late Earl D. Gifford Jr. and Joan E. (Scofield) Gifford and the sister of Earl D. Gifford III of Eagle Mills who survives.

Joanna was a graduate of Tamarac High School, Class of 1983 and earned an Associate’s Degree in Early Childhood Education at Hudson Valley Community College in Troy in 1987.

After working in the education field for a short time, Joanna accepted a positon as a nurse’s aide at the former Cohoes Rehabilitation Center in Cohoes. There she realized that her true career path was in Elder Care. After several years of work she earned Certification as a Nurse’s Aide and became a self-employed caregiver for family members and many friends throughout her career.

As a young girl Joanna enjoyed singing with her grandmother in the choir at the Eagle Mills United Methodist Church and developed a lifelong hobby of collecting angel figurines. More recently she enjoyed traveling to the New England Coast, especially York Beach, Maine which her dad would call “trips to nowhere”. She took pleasure in the quiet fun of playing both card games and board games with family members and friends and delighted when people would engage her in a meaningful conversation.

In addition to her brother, Joanna is survived by her nephew and his husband, Kevin M. Gifford and Michael Stiles of Bloomington, Indiana, a special friend and cousin, Nancy Tucker of Troy and many, many cousins.

A funeral service for Joanna will be held on Friday, March 19, 2021 at 1:00 p.m. at the Howard B. Tate & Son Funeral Home Inc., located in Raymertown following current NYS COVID 19 guidelines for social distancing and face mask requirements.
Burial will follow in the Gifford family plot located in Eagle Mills Cemetery. Relatives and friends are invited to call at the funeral home on Friday from 11:00 a.m. – 1:00 p.m. prior to the service.

​At the request of the family, memorial contributions if desired may be made to the Mohawk and Hudson Humane Society, 3 Oakland Avenue, Menands, NY 12204 in memory of Joanna L. Gifford.
Proudly powered by Weebly