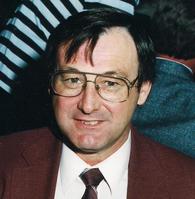 Born in Troy, January 2, 1948, John was the son of the late Alfred “Bud” Berney and Shirley (Campbell) Berney-Hussey of Florida who survives and the devoted husband for over 28 years of Delorres (Tullock) Berney of Cropseyville who also survives. John and “Dee” were married on June 21, 1986.

As a boy, John “walked up hill both ways in the wind, rain and snow”; to attend the one room “Little Red School House” at Clum’s Corners and went on to graduate from Tamarac High School, Class of 1966.


On November 7, 1967, he enlisted in the United States Navy. After serving both at sea and at Guantanamo Bay Naval Station in Cuba, John was honorably discharged with the rank of Seaman E-3 and awarded the National Defense Service medal.

Upon returning home from the Navy, John attended Hudson Valley Community College in Troy where he earned an Associates Degree Real Estate and Marketing before beginning a career in transportation.

For over 30 years John was employed by several local trucking firms where he worked as a terminal manager, salesman and truck driver.  Most recently he was employed as driver by the Rist Transportation Company working from their Rensselaer terminal. After more than 12 years of service, he retired in 2007.

John was a Life Member of the B.P.O.E. Brunswick Lodge of Elks #2556 and a Life Member of the American Legion, Albany Post #1, for “Honorable Service in the United States Navy”. In his quiet time he enjoyed watching NASCAR racing, the Boston Red Sox, working with and driving his tractors and being cared for by his cats.

In addition to his wife and mother, John is survived by his children, Kim and Rick Ellison of Speigletown, Michael and June DuBray of Queensbury, Gena and Billy Anderson of Schuylerville, Laura Vadnais (Matt Phillips) of Valley Falls and Tammy DuBray  of Cropseyville, a brother, James and Karen Berney of Schodack and a sister, Jean Piccoli of New Paltz, nine grandchildren, Jacob, Nicholas, Tristan, Brandon, Dylan, Autumn, Becca, Lana Ann and Alissa, and several brothers and sisters-in-law, nieces, nephews and cousins. In addition to his father, John was predeceased by a son, the late Jeremy M. Berney.

John’s funeral service will be held on Thursday, December 4, 2014, at 10:00 A.M. at the Howard B. Tate and Son Funeral Home Inc., 2237 New York Route 7, located in Raymertown with Rev. Gaylord Campbell officiating. Burial in Eagle Mills Cemetery and a reception at the B.P.O.E. Brunswick Lodge will follow.

At the request of the family, memorial contributions in lieu of flowers may be made to the Wounded Warrior Project, P.O. Box 758517, Topeka, Kansas 66635 or support.woundedwarriorproject.org. in memory of John M. Berney.