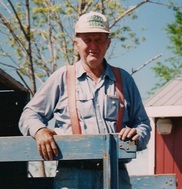 Brunswick- John T. Spiak, a longtime resident of Lockrow Road, passed away peacefully Memorial Day, May 25, 2015, at his residence following a long illness with his family by his side.

Born in Watervliet, Mr. Spiak was just shy of his 93rd birthday and was the son of the late Theodore and Anna (Padula) Spiak. For over 58 years he was the devoted husband of the late Barbara (Howard) Spiak, who predeceased him July 10, 2013.

In 1939, Mr. Spiak volunteered for the Civilian Conservation Corps., where in Idaho he helped fight forest fires and assisted with other work programs.

At the age of  20 years old, Mr. Spiak enlisted in the United States Coast Guard and served as a fireman first class aboard the U.S.S. Chinook and the D.E. Richey during World War II. While on the Richey, he helped escort convoys from New York City and Norfolk, Virginia, to Casablanca, Morocco, Oran, Algeria, and Bizente,Tunisia. He was honorably discharged on March 28, 1946.

After the war he worked at the American Locomotive Company in Schenectady. Following her service during the Korean Conflict, John met his future wife, Barbara, who had just been honorably discharged from the United States Army.

For almost 65 years, Mr. Spiak owned and operated Spiak’s Farm and Greenhouses in Brunswick and worked side by side with his late wife, Barbara, raising vegetables, flowers and their family. He was a long time member and vender of the Regional Farmer’s Food Market in Menands.

Mr. Spiak is survived by his children, Anna Spiak, John Spiak, and  Elaine Spiak-Bakker all of Brunswick, a grandson, Andrew Bakker of Brunswick and several nieces and nephews.

In addition to his parents and wife, he was predeceased by six brothers and sisters.

A private graveside service with military honors at Hillside Cemetery in Raymertown will be held at the convenience of the family with Deacon Richard Walker, officiating. There will be no public calling.

Memorial contributions, at the request of Mr. Spiak’s family, may be made to the Capital District Cooperative, Farmer’s Regional Food Market, 381 Broadway, Menands, New York 12204, in memory of John T. Spiak.

Funeral service details are under the direction of the Howard B. Tate & Son Funeral Home Inc., 2237 New York Route 7, located in Raymertown, NY 12180. 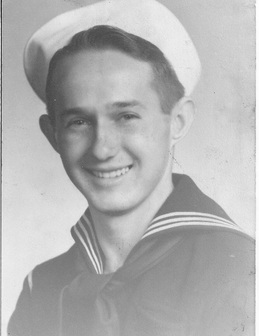