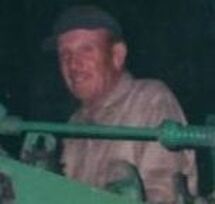 Born in Avon, Connecticut, June 29, 1924 John was the son of the late Martin and Mary (Collins) Donlon and the father of John Donlon Jr. of Manchester, CT, Andrea Heinz of Westland, MI and Paula LaLiverte of South Windsor, CT.

John attended and graduated from Avon High School in Connecticut.

For many years as a young man he was employed as a machinist and mechanic at the Pratt and Whitney Aerospace Company in East Hartford. More recently he was employed for over 10 years as a welder by the Electric Boat Company in Groton, CT. After retiring in 1992, he relocated to Greenwich, NY where he made his home and enjoyed being a gentleman farmer.

In his quiet time Mr. Donlon enjoyed the hobbies of gardening and working his farm, tinkering in his workshop and visiting with his neighbors and friends.

In addition to his three children, Mr. Donlon is survived by a brother and sister-in-law, Albert and Carol Donlon of Easton, a sister, Kathy Hafer of Spring Hill, Florida and several nieces and nephews including his guardian and caregiver, Timothy Donlon of Greenwich.

A Memorial Mass for Mr. Donlon will be celebrated on Saturday, April 25, 2020 at 4:00 P.M. at the Notre Dame Visitation Parish in Schuylerville. There will be no public calling and burial will be private at the convenience of the family.

Memorial contributions if desired may be made to the Notre Dame Visitation Parish, 18 Pearl Street, Schuylerville, NY 12871 in memory of John W. Donlon Sr.