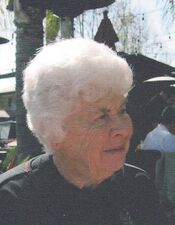 Pittstown- Mildred A. “Millie” D’Angelo, 92, a longtime resident of LeLoup Road, died unexpectedly, Monday, April 13, 2020, at Samaritan Hospital in Troy, after being stricken at her residence while feeding her backyard birds.

Born in Lansingburgh, October 19, 1927, Millie was the daughter of the late John D. and Esther (Sorensen) Simonds and for over 63 years the devoted wife of the late Ralph J. D’Angelo, who predeceased her January 5, 2011.  Millie and Ralph were married in a simple ceremony on June 29, 1947, when he returned home from serving in WWII.

As a young woman, she was employed as a seamstress for several years by the former Jonathan Logan Fashions in Cohoes, where she developed a lifelong skill and love of sewing and creating beautiful clothing and upholstery works.

After establishing her home and raising her children, she attended HVCC at the downtown Troy campus for several technical classes that would assist her in her attempt to re-enter the work force.  In the mid 1960’s she accepted a position with the Grand Union Grocery Stores as an associate clerk, working from both the Waterford and Brunswick store locations.  After more than 28 years of service, she retired in 1995.

Mrs. D’Angelo was a communicant of the former St. George Roman Catholic Church in Pittstown and, more recently, Our Lady of Victory Church in Sycaway. She was a member of the Home Bureau Club and attended Ceramics Classes. For many years she enjoyed bowling with Ralph and belonged a league with him at Latham Bowl.  In 1969 Millie and Ralph purchased a camp at Schroon Lake, where she loved to spend time visiting with family and friends or just relaxing.

Millie is survived by her daughter, Patricia A. Foran (Mary King) of Salem, a sister-in-law, Rebecca D’Angelo of Troy, seven grandchildren, Nick (Stacie) Paoletti, Lisa (David) Gendron, Christian (Crystal) D’Angelo, Jason (Carrie) D’Angelo, P.J. D’Angelo, Mary D’Angelo, and Beth D’Angelo, and nine great-grandchildren.  Also left to cherish her memory are many nieces, nephews, cousins, and close friends by whom she will be profoundly missed.  In addition to her parents and husband, she was predeceased by two sons, the late Paul E. D’Angelo Sr. and Chris J. D’Angelo.

Out of care for the health and safety of Millie’s many friends, a private memorial service will be held at the Howard B. Tate & Son Funeral Home Inc., 2237 NY-7, located in Raymertown, at the convenience of the family.  There will be no public calling at this time.

​Memorial contributions, if desired, may be made to the Pittstown Volunteer Emergency Corps., 60 Parker School Road, Johnsonville, NY 12094, in memory of “Millie” D’Angelo.
Proudly powered by Weebly