Johnsonville- Newton D. Holbrook IV, 81, a resident of Pittstown for the past 15 years, died peacefully Sunday morning, June 21, 2020, at his home overlooking the beautiful scenery from his window with his devoted wife by his bedside.

Born in Torrington, CT, April 14, 1939, Mr. Holbrook was the son of the late Clement C. and Sibyl (Mattoon) Holbrook and for over 38 years the husband of Debra (Miller) Holbrook of Pittstown, who survives.  Newton and Debra were married at the Methodist Farm Chapel at Crooked Lake, NY, on July 11, 1981.

Mr. Holbrook was a graduate of Torrington, CT, High School Class of 1958.

For over 27 years he was employed as a machinist by Stanadyne, a manufacturing company of high-end plumbing fixtures and a long-time supplier of the U.S. Defense Department. He retired in 1991.

An Eagle Scout himself, Mr. Holbrook was the former Scout Master of Troop 19 in Bakersville, CT, and active in scouting for his entire life.  He was an active Freemason for over 50 years, holding several officer positions at his home Lodge in Connecticut and most recently as a member of Victor Lodge #680 in Schaghticoke.  An avid outdoorsman, Mr. Holbrook enjoyed many trips “West of the Mississippi River” and on the East Coast, especially to Martha’s Vineyard.

Following the current NYS COVID-19 guidelines for the health and safety of family and friends, a private Masonic Funeral Rite and memorial service for Mr. Holbrook will be held at the Howard B. Tate & Son Funeral Home Inc., 2237 NY Route 7, located in Raymertown, with Rev. Jim Knapp officiating.  Burial, at the convenience of the family, will take place in Mr. Holbrook’s hometown of Torrington, CT. 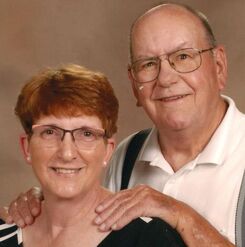