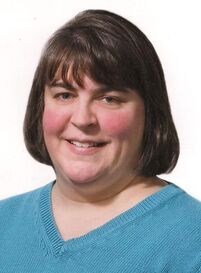 Petersburgh- Nicole A. “Niki” (Dandeneau) Bulson, 48, formerly of Pittstown and more recently Petersburgh, died peacefully, Wednesday, March 18, 2020, at her residence with her loving husband and family by her side following a contentious battle with cancer.

Born in Troy,  March 8, 1972, Niki was the daughter of Philip and Nancy (Haggerty) Dandeneau of Pittstown and, for 17 years, the wife and best friend of Robert J. Bulson III of Petersburgh, who survives.  Niki and Bob were married May 11, 2002.

Niki was a graduate of Tamarac High School in Brunswick and earned a Bachelor’s Degree in Day Care Management from Southern Vermont College in 1994.

As a young girl, Niki could always be found assisting her mother, catering the many fund-raising dinners and banquets at the Pittstown Volunteer Emergency Corps. or helping her dad and uncle in the operation of the family’s business, the former Pittstown Country Store.  For several years after her marriage to Bob and relocating to Petersburgh, Niki “the Kid” would make “the trek” to Albany Medical Center, where she was employed as a daycare administrative assitant at the hospital’s daycare program.

Niki had a great smile and sharp sense of humor and was an avid bargain hunter, who never passed by a yard sale.  She loved to save money by clipping coupons and loved to scratch lottery tickets.  Her most favorite pastimes were camping trips to Warrensburg or Old Orchard Beach, Maine, with her husband and children, where she could be heard to remark, “RV there yet?”

In addition to her husband and parents, she is survived by her children, Robert J. Bulson IV and Amber Nicole Bulson, both of Petersburg, a sister, Michele, and her husband, David White, of Warwick, a brother, David, and his wife, Cathy Dandeneau, of Pittstown, a brother and sister-in-law, and two nieces, four nephews, a great nephew and many friends at Albany Med.

Friends and Family are invited to call at the Pittstown Volunteer Emergency Corp., 60 Parker School Road in Pittstown, from 4:00 to 7:00PM, on Friday, May 21st, 2021. A memorial service will follow at 7:15PM.