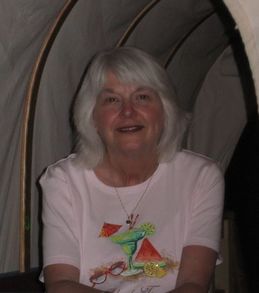 ​Brunswick- Patricia A. (Rogers) Hyde, 73, a longtime resident of Brunswick, died peacefully Friday, September 29, 2017, with her family by her side at the Westchester Medical Center Hospital following a brief illness.

Born in Troy, March 16, 1944, Pat was the daughter of the late Robert L. and Isabelle (Witkowski) Rogers and for over 48 years the wife of Milo P. “Butch” Hyde of Brunswick who survives.

Pat was a graduate of Catholic Central High School in Troy and attended the Mildred Elly Business School earning a certificate as a paralegal.

As a young woman she was employed as a secretary for the E. Stewart Jones Law Firm in Troy and as a secretarial assistant in several departments at R.P.I.  More recently she had been employed as the Secretary to the Supervisor at the Town of Brunswick offices. After more than eighteen years of service she retired in 2011. Since retiring she has been a homemaker caring for her home, husband and growing family of grandchildren.

Pat was a communicant and volunteered as a collection counter at Our Lady of Victory Roman Catholic Church in Sycaway. She enjoyed traveling to Maine and Aruba and especially Virginia to visit her daughter and grandchildren, taking cruises, riding with her husband on their Honda Goldwing motorcycle and was an avid reader.

In addition to her husband, Pat is survived by two daughters and sons-in-law, Sheila and Michael Flynn of Brunswick and Traci and Matthew Kost of Lakeridge, VA., a sister-in-law, Sandi (Jim) Laviolette of Raymertown, six grandchildren, Aaron Stillman, James Stillman and Dillon Flynn all of Brunswick and Isabelle Kost, Cecilia Kost and Alexis Kost, all of Lakeridge, VA., nieces and nephews, Kelly and Chuck Niswonger, Scott and Jennifer Rogers, Cheri and David Lee and Dawn Hobart. In addition to her parents, Pat was predeceased by her brother and sister-in-law, John and Lorraine Rogers and a nephew, Christopher Hobart.

A mass of Christian Resurrection will be celebrated on Thursday, October 5, 2017 at 9:30 A.M. at Our Lady of Victory Church (at the corner of South Lake Ave. and Marshland Court) in Sycaway. Burial will follow in Eagle Mills Cemetery in Brunswick. Relatives and friends are invited to call on Wednesday, October 4, 2017  from 3:00 – 7:00 p.m. at the Howard B. Tate & Son Funeral Home Inc., 2237 New York Route 7, located in Raymertown.

Memorial contributions if desired may be made to Community Hospice of Rensselaer County, 295 Valley View Blvd., Rensselaer NY 12144 in memory of Patricia A. Hyde.
Proudly powered by Weebly