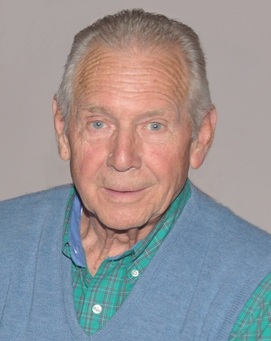 RAYMERTOWN – Peter Nicolaisen (84) the bee-whisperer, a longtime resident of Raymertown passed away peacefully November 6th after a brief illness.  An avid bee keeper for over 40 years, Pete was born March 22, 1932 in Flensburg, Germany to the late Tea and Peter Nicolaisen.

After a successful apprenticeship in industrial pattern making in Germany, Peter, in his early 20s moved to Australia for many years.  While there, he learned a variety trades as he traveled across the Outback also living, in part, among the Aborigines.  Eventually immigrating to the United States his much-loved teenage sweetheart, Inge, soon followed.  They studied for and obtained their United States citizenship in 1967 and were married for 53 years until Inge's death in 2013.  He is also predeceased by his sister, Ilse Covals and brother, Nicolai Nicolaisen of Lake George and Poughkeepsie, respectively.

Until its closing, Peter was an industrial pattern maker for over two decades at Adirondack Steel Casting Corp. in Watervliet, NY.  Using his skills as a master craftsman, Peter worked on many new and restoration projects involving his crafts.  Upon retirement, Pete's wood-working skill found him making furniture, carving and creating his impressive “fish tables”.  Along with beekeeping, Pete also thoroughly enjoyed golfing, dancing and driving in the country.  He was known for his soft spot towards animals; sense of humor; the at-ease, gentlemanly manner in which he presented himself and his simple, pleasurable outlook on life.

He is survived by his daughter Nicole Nicolaisen (Greg Halpin), sister-in-law Hannelore Nicolaisen, nephews Peter Nicolaisen, Robert Nicolaisen (Ock Jeon), Thomas Nicolaisen (Lisa), niece Ellen Greenberg, family and friends in Germany, his golfing buddies as well as a wide circle of friends and acquaintances on the East Coast, in the beekeeping community and from Potters Tavern.

In Pete's memory please be mindful of the use of pesticides and chemical fertilizers and their negative impact on the bee population and the insect/environment as a whole. If desired, memorial contributions in memory of Peter may be made to the Mohawk Hudson Humane Society, 3 Oakland Avenue, Menands, New York 12204, or to any charitable organization that benefits animals or wildlife/nature conservancy.
Proudly powered by Weebly