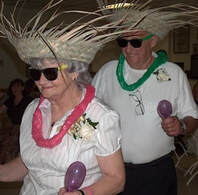 Raymond C. (Bunky) Etman, 88, a lifelong resident of Grafton, New York, died peacefully on Sunday, October 16, 2022, at his winter residence in Fort Pierce, Florida, with his family at his side following a battle with cancer.  Born in Grafton, New York, on March 2, 1934, Mr. Etman was the son of Albert and Leona (Vars) Etman and, for over 65 years, the husband of Dianne J. (Grandjean) Etman.

Mr. Etman attended the Berlin Central Schools and worked from the time he was a young teen. During his early years, he worked on the family farm and was employed by several different construction companies prior to enlisting in the U.S. Army during the Korean War.  He served two years of active duty as a Private First Class and an additional four years in the Army Reserves.  Following an honorable discharge, he was a truck driver for Rifenburg Construction, White Cross Diaper Service, and then Harrigan’s Laundry.  He also served as Grafton Superintendent of Highways for four years.  In 1975 he became a school bus driver for Brittonkill Central Schools and later for the Wynantskill Union Free School District before retiring in 2019 at the age of 85 and with over 44 years as a school bus driver.  He was the proud recipient of the AAA Excellence in School Bus Driving Award.

Bunky loved to spend time outdoors; in his earlier years he enjoyed hunting, fishing, gardening, and working around his home.  He was a member of the Grafton Volunteer Fire Department in his younger days, as well as a member of the Brunswick Elks.  In his later years, he kept busy traveling and camping in his rv’s and considered himself fortunate to have traveled around 48 of the 50 states.  After his retirement, he enjoyed spending the winters in Florida with his children and summers back at his camp in the Adirondacks.  He also looked forward to trips back to the Grafton VFW breakfasts, where he could meet up with friends, catch up on the local news, and reminisce with tales of the “good old days!”

A memorial service will be held in New York in the spring of 2023 with arrangements made by the Howard B. Tate and Son Funeral Home, 2237 NY-7, Troy, NY 12180.  Interment will follow the memorial service at the Eagle Mills Cemetery.  Special thanks to both the Community Hospice of Saratoga and the Treasure Coast Hospice of Florida.  Those wishing to remember Bunky in a special way may send a donation to the Community Hospice of Saratoga or to the Grafton Volunteer Fire Company in his memory.
Proudly powered by Weebly