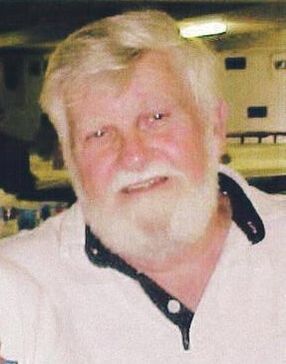 Born in Waterford, April 11, 1932, Bob was the son of the late Robert and Edna (Eldridge) Clayton and for over 50 years the husband and best friend of the late Kathleen (Bisnett) Clayton who predeceased him April 2, 2015.

Before graduating high school Bob enlisted in the United States Navy. After basic training he was stationed in Japan and served aboard several vessels during his service time in the Korean Conflict. In addition to serving his country, he earned a General Equivalency Diploma through the Navy prior to his honorable discharge in 1952.

In the early 1950’s he married the love of his life, Kathleen, and together the couple established their home in Boyntonville and began raising their family. In 1953, Bob took a job interview with the former NY Telephone Company. He was employed as a lineman and assisted many of his neighbors as a pole climber, helping to provide telephone service thoughout much of eastern New York. After 38 years of working in all types of weather, including rain, snow and power outages, Bob retired in 1991.

He was a faithful communicant of the former St. George Roman Catholic Church and currently Our Lady of Victory Church in Sycaway. In his quiet time he enjoyed gardening, fishing, hunting and camping as a younger man, with Kathleen and the kids at Roger’s Rock on Lake George. Bob was very proud of his children and grandchildren. Among his most favorite recent pastimes was to spend time visiting with them and their friends over good food or hot cup of coffee.

Memorial contributions if desired may be made to the Pittstown Volunteer Emergency Corps., 60 Parker School Road, Johnsonville, NY 12094 in memory of Robert C. “Bob” Clayton.
Proudly powered by Weebly