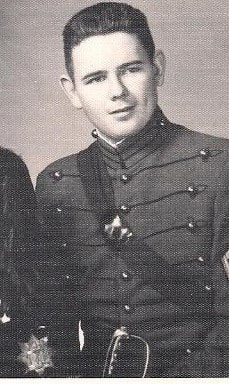 Robert was a graduate of LaSalle High School in Troy.

He enlisted in the United States Army in February 1956 and after two years of service was honorably discharged as a Specialist 3rd Grade in February 1958.

For many years Robert was employed as an accounting clerk by New York State at the Wilton Developmental Center, where he especially loved to work with the residents and clients of the facility.  Additionally, he worked for several years as a cashier at the Saratoga Harness Track. He retired in the early 1990’s.

A communicant of the Catholic Church, Robert was a former communicant of St. Mary’s Catholic Church while living at “the family Green Island homestead” and a member of both the Saratoga-Wilton Elks Lodge # 161 and the Saratoga Springs Fraternal Order of Eagles, Aerie #2586.
Robert is survived by a niece and nephew, Ruth Woytowitz of Boston, MA, and Thomas E. Myers III of Austin, TX, and a very special friend and guardian, Jennifer A. Jensen-Bergan of Saratoga Springs.

​Memorial contributions, if desired, may be made to the Alzheimer’s Association in memory of Robert F. “Smokey” Myers.
Proudly powered by Weebly