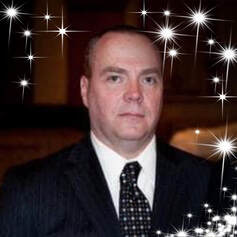 Robert “Bob” Howard Cross, 58, of Troy, passed away after a brief illness surrounded by family on August 26, 2020.  Born in Bennington, VT on May 5, 1962, Bob was the son of the late Sally Loucks and Perle Cross. As a small child, he lived in White Creek, NY and his family moved to Troy when he was seven.  He attended the George Washington Elementary School, in Troy, Tamarac MS, and graduated from Tamarac HS in 1980.

Bob is survived by Noel Sheehan Cross, his loving wife of 25 years, his step-children Danielle Keenan and Jeremy (Valerie) Keenan, grandchildren Zyairre, Landin, Ashlynn, Sean, Jason and Westley.  He was the brother of Maria (Robert) Lewis, Diane (Stephen) Metzger, John (Holli) Cross, and uncle to Jennifer and Matthew Metzger and Emma Cross. He was also survived by aunts, cousins, and Noel’s siblings, nieces and nephews.

Bob served honorably for three years in the US Army and 10 years in the US Army Reserves. During his time in the Army, he supported military operations in Germany, Honduras, Turkey, and Korea. His awards and decorations include the Army Commendation Medal, Army Achievement Medal, and the National Defense Service Ribbon. The discipline and patriotism he learned in the Army never left him, as friends and family will attest.

He was a member of the Plumbers and Steamfitters Local No. 7 Union and has been retired for three years. He loved the outdoors and especially enjoyed hunting, fishing and going to his camp in Glastenbury, VT. He also enjoyed spending time with his grandchildren. Bob was always willing to lend a helping hand to anyone who needed it.

A special thank you to the nurses at St. Peter’s Hospital for the attention and care given to Bob.

With respect to the current NYS Health Dept. COVID-19 social distancing guidelines, relatives and friends are invited to call on Monday, August 31, 2020 from 4:00-7:00 p.m. at the Howard B. Tate and Son Funeral Home Inc., 2237 NY Route 7, located in Raymertown. A private service and burial will be at the Gerald B.H. Solomon Saratoga National Cemetery, Schuylerville, NY.

In lieu of flowers, contributions can be made to the Northeast NY Chapter of the American Heart Association, 4 Atrium Drive, Suite 100, Albany, NY 12205.
Proudly powered by Weebly