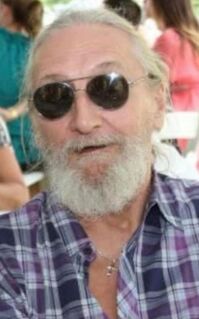 Born in Troy, August 16, 1950, Bob was the son of the late Elmer Garmley and Shirley (Schellenger) Garmley of Troy who survives.

Bob was a graduate of Tamarac High School, Class of 1969 and attended Hudson Valley Community College where he studied Electronics and Electrical Engineering.

Prior to graduating from HVCC, Bob enlisted in the United States Army in March, 1970. After basic training where he earned the Rifle Marksmen Ribbon, he was stationed in Viet Nam, serving as both a combat infantryman and an aircraft electronics technician. At the close of the war in February 1972, he was  discharged from active duty and assigned to the Troop D, 101st Armored Cavalry, Army National Guard based in Albany.

For over 29 years he was employed as a machinist at the Watervliet Arsenal. After entering as an apprentice and working up to the position of journeyman, he had earned the title of Master Machinist prior to retiring in 1996.

On July 1, 2000, Bob married his longtime best friend, Lina L. (Beagle) Garmley with whom he would settle down and make a home for many years in Saratoga Springs for over 20 years.

A true family man, Bob enjoyed spending time with his children, extended family and friends. He was known though-out his neighborhood as “Papa” to many of the local kids. He liked to tinker with any thing mechanical, especially cars and motorcycles and drew people to himself as a Mr. Fix-It kind of guy when they needed something repaired. In his quiet time, of which there was little, he loved to ride his Harley-Davidson motorcycle and attend car shows where he could visit with other gearheads and veterans like himself.

​Memorial contributions if desired may be made to the Viet Nam Veterans of America, Tri County Council, 142 Catherine Street, Albany, NY 12202 in memory of Robert W. “Bob” Garmley.
Proudly powered by Weebly