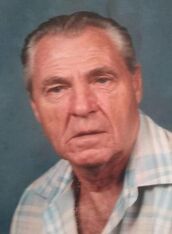 Troy- It is with great sadness to announce that Robert W. “Bob” Hewitt, 87, of Troy passed away peacefully, January 4, 2020.

Robert was a caring, gentle, hardworking man and a loyal, dedicated husband and father.

Bob owned and operated Hewitt and Sons Service Station in Poestenkill for well over 30 years. When he retired, you could find him at Hewitt’s Farm in Brunswick. Bob loved the farm and the vast array of tractors and equipment.

He enjoyed traveling, especially to one of his favorite places, Las Vegas. Bob loved to garden, but he hated those pesky varmints that would try to steal his vegetables. He loved the outdoors and was always tinkering or building something. When and if you ever found Bob sitting in his swing, you can be assured he was thinking of his next great trip and/or project.

Robert was the son of the late Wilber and Marguerite (Houser) Hewitt whose late residence was the family farm in Brunswick. He was predeceased by his wife and the mother of his children, the late Lillian (Monroe) Hewitt, his daughter, Vickie (Hewitt) Halse, late of North Greenbush and his brothers, Raymond (Barbara) Hewitt and Charles (Linda) Hewitt.

He is survived by his wife, Debbie Hewitt of Troy, his daughter, Michelle (Bill) Amidon of Alabama, his sons, Michael (Helene) Hewitt of Poestenkill and Scott (Laurie) Hewitt and Randy Hewitt of Florida, his daughter, Laurie (James) Prescott of Troy, his brother, Kennth (Peggy) Hewitt and his sister, Sharon (Paul) Maxon all of Brunswick, 15 grandchildren, 21 great-grandchildren and several nieces and nephews.

A funeral service for Robert will be held on Wednesday, January 8, 2020, at 7:00 p.m. at the Howard B. Tate & Son Funeral Home Inc., 2237 NY Route 7, located in Raymertown with family friend, Rev. Gaylord Campbell, officiating. Relatives and friends are invited to call at the funeral home on Wednesday from 4:00-6:45 p.m. prior to the funeral service. Burial will be held at 11:00 a.m. on Friday, January 10, 2020 at Eagle Mills Cemetery in Brunswick.

​In lieu of flowers, the Bob’s family asks that you consider a donation to either Community Hospice, 445 New Karner Road, Albany, NY 12205 or to the Alzheimer’s Association, 4 Pine West Plaza, #405, Albany, NY 12205 in memory of Robert W. Hewitt.
Proudly powered by Weebly