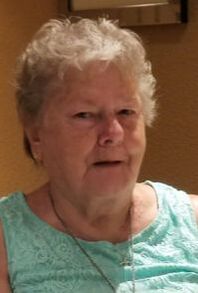 Born in Petersburgh, February 17, 1945, Sandy was the daughter of the late Jesse and Dorothy (Yerdon) Bentley and, for over 55 years, the wife of Joseph Wescott of Valley Falls, who survives.  Sandy and Joe were married November 20, 1965.

Sandy was a graduate of Berlin High School.

For a brief time prior to her marriage to Joe she worked at the former W. J. Cowey Inc. in Berlin.  More recently she has been a homemaker and enjoyed the hard work of raising her family and caring for her husband and home.

Sandy thought it important to be involved with her children and was both a former Cub Scout and Blue Bird leader in the Hoosic Valley area and a Sunday School teacher at the Seventh Day Adventist Church in Berlin.

She enjoyed knitting and shopping (especially at Walmart) and spending quality time with her family and extended family. For many years Sandy collected pajamas and infant outfits and on the anniversary of her late daughter Stacey’s birthday would donate them to Southwestern Vermont Medical Center in Bennington.  Over time this became a year round project to which Sandy was so very proud to have been involved with.

In addition to her husband, Joe, Sandy is survived by a son and daughter-in-law, Michael S. and Heather Wescott of Valley Falls, daughters and sons-in-law, Monica S. and David Bovie of Cambridge, Tammy L. and Gustav Saur of Johnsonville, Pamela M. and Michael Hayes of Salem, and Deborah A. and Thomas Bury of Montana, a brother, Allen Bentley of Petersburgh, many grandchildren, great-grandchildren, and several nieces and nephews.  In addition to her parents, Sandy was predeceased by her little girl, the late Stacey Wescott on February 8, 2015, and two brothers, Richard Bentley and Roger Bentley.

A private visitation and funeral service will be held at the convenience of the family at the Howard B. Tate & Son Funeral Home Inc., 2237 NY Route 7, located in Raymertown.  Relatives and friends are invited to attend a graveside service on Thursday, December 10, 2020, at 11:30 a.m. at Millertown Cemetery in Johnsonville.  Proper social distancing and face masks according to the current NYS COVID-19 guidelines will be observed at all times.

​Memorial contributions, if desired, may be made to the Johnsonville Volunteer Fire Company, 5 River Road, Johnsonville, NY 12094, in memory Sandra Wescott.
Proudly powered by Weebly