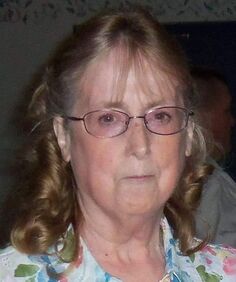 Born in Hoosick, September 1, 1943, she was the daughter of the late Avis (Brink) and Richard Towne and for 59 years the wife of George E. Hoag of Pittstown who survives.

Sharon was raised in the Groveside area of Pittstown and attended the one room district school there before transferring to the newly opened Tamarac Central School in Cropseyville.

Sharon married George on September 9, 1961 and was a stay at home mom for many years. After moving to Pittstown in 1974, she learned how to drive and entered the workforce for the first time. Her most recent employment was with Vishay Inc. (formerly known as Tansistor) in Bennington Vermont. After more than 10 years with the company she retired in 2016.

Sharon was an avid animal lover and always had her beloved pet beside her.

In addition to her husband, George, she is survived by two daughters and sons-in-law, Jennifer and Paul Gendron and Jill and Robert Lewis, granddaughters, Kristina Davis, Jessica Savage, Victoria Savage, two brothers and sisters-in-law, David and Alice Towne and Willard and Mary Towne, and several great-grandchildren. In addition to her parents, Sharon was predeceased by siblings, Richard Towne, Marvin Towne, Francis “Mike” Towne, Joyce Lewis, Patricia Grogan and Jean Hale.

The Hoag family would like to thank the staff at the Center for Rehabilitation and Nursing in Hoosick Falls for the exceptional care given to Sharon during her stay there.

Memorial contributions if desired may be made to either the Mohawk – Hudson Humane Society, 3 Oakland Avenue, Menands, NY 12204 or to the Pittstown Volunteer Emergency Corps, 60 Parker School Road, Johnsonville, NY 12094 in memory of Sharon E. Hoag.

​In keeping with Mrs. Hoag’s wishes for privacy, there will be no public services.
Proudly powered by Weebly