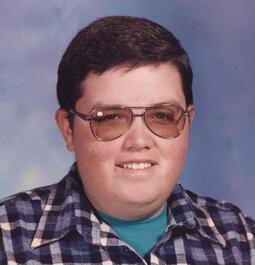 Terry attended the C.P. Center in Troy, where he earned a General Equivalency Diploma.  He was also the first graduate of the program to earn a NYS driver’s license after his dad taught him to drive his van

For over 10 years, Terry was the founder and owner of Terry’s Birdhouse Co., a custom wood working shop he operated from his home in Grafton.  He designed and built custom birdhouses that he sold at many local and regional craft fairs and flea markets. When COVID-19 hit, his customers found him any way they could.

Terry liked to sit in the sunshine with his cats to warm up and enjoyed watching sports on his big screen television.  He also loved watching his dad work. He helped everyway he could.  Among Terry’s most favorite pastimes was enjoying the independence of driving his old van and his baby, the new van, which couldn’t go down the road without stopping at the car wash.

Terry is survived by his father and stepmother, Chet L. Wescott and Vivian Cook of Grafton, his brother-in-law, Kirk VanOrman, a niece, Kimberly VanOrman, and two nephews, Justin and Bryan VanOrman.  In addition to his mother, Terry was predeceased by his sister, the late Susan VanOrman.

A private funeral service was held for Bub on Saturday, January 23, 2021, at the Howard B. Tate & Son Funeral Home Inc., 2237 NY Route 7, located in Raymertown.  Burial followed in Eagle Mills Cemetery in Brunswick.

​Memorial contributions, if desired, may be made to the Mohawk Hudson Humane Society, 3 Oakland Avenue, Menands, NY 12203, in memory of Terry L. Wescott.
Proudly powered by Weebly