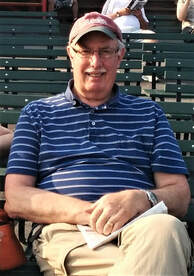 Titus was born in Nyack, NY on May 25, 1945 to the Rev. T. Murdock and Miriam Hale who predeceased him.  He was also predeceased by his twin brother David. He grew up in Barre, VT where he attended Spaulding High School and starred on the high school basketball team.  In 1962, in Titus’ junior year, his basketball team, the Crimson Tide, or simply “the Tide” won the state championship; he and his teammates became local celebrities. Later, in 2002, the Tide was the first VT team inducted into the New England Basketball Hall of Fame. Following high school, Titus attended Coe College, Iowa. He transferred to the University of Vermont where he received his B.S. degree in English, played on the Catamount basketball team and was a member of Sigma Phi Epsilon. After graduating from UVM, he was immediately drafted into the US Armed Forces. He was awarded several medals and received trophies in marksmanship. He served in Vietnam.  Upon returning from Vietnam, he returned to UVM, earning a B.S. degree in dairy science in 1975 and was a member of Alpha Zeta. His first professional position was with Borden, Inc. in Burlington, VT. In his later years he worked for NYS Department of Criminal Justice. Titus and his wife, Elizabeth and first two children, Sarah and Kendra, moved to NY in 1979, and settled in Schaghticoke, NY where he lived the remainder of his life.

Titus loved the outdoors, enjoyed hunting, fly fishing, beekeeping and baking bread.  He won jam/jelly competitions at the Schaghticoke Fair and took much pride in his blue ribbons. He was active in the Presbyterian United Church in Schaghticoke where he served on Session for a number of years, and was a member of various dairy business organizations.

His very dry sense of humor and a quick wit was skillfully inserted into conversations. He was musically inclined and loved to play his harmonica. He enjoyed spending time in the woodland in Washington, VT, and in Westport, MA by the sea.

He is survived by his wife, G. Elizabeth (Martin) Hale of 45 years, his four children, Sarah, Kendra (m. Alex), Rachel and Bradford Hale, and his three grandchildren, Mirabelle Smith (Sarah), Veronika and Alexander Golden (Kendra/Alex), one dog, Toblerone and cat, Aquinnah. He is also survived by a sister, Dorinda Hale, a number of cousins and a niece.

The family requests that memorial donations be made to the American Lung Association or Disabled American Veterans.

A Celebration of Life is planned in the future.
Proudly powered by Weebly